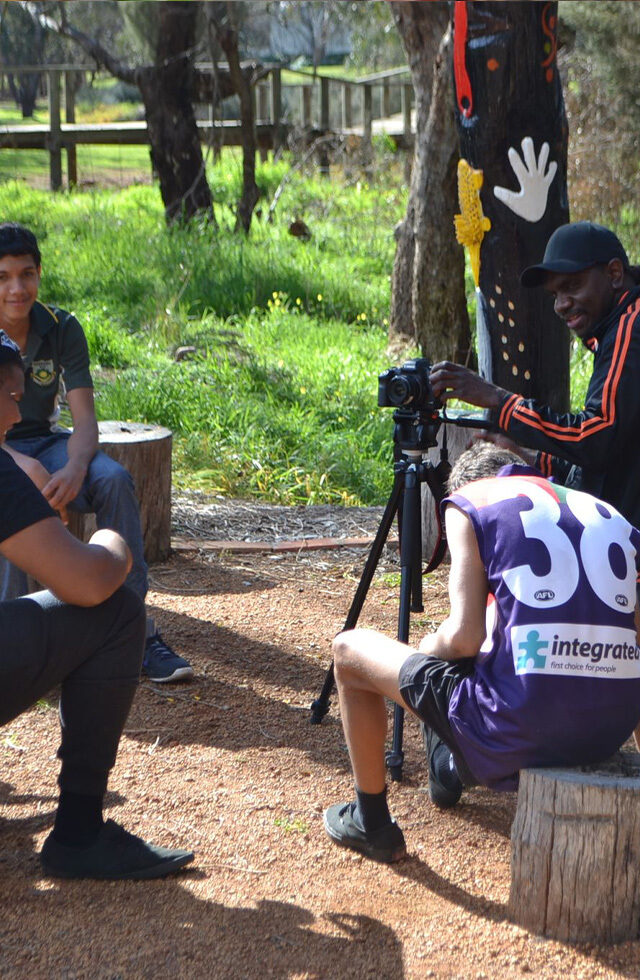 In 2013 a team of Aboriginal artists, performers and role models met with Narrogin Senior High School students for a language based community arts workshop.

Actress and Noongar language advocate Kylie Farmer jumped at the chance to be involved and described the experience as life changing.

“This is a town where young fellas are suffering and to give them a bit of their culture back just changed their perspective of who they are as young Noongar people,” she said of the project.

Students translated two of their favourite contemporary songs into Noongar and they wrote and recorded two original tracks using Noongar words. They filmed and starred in four music videos and their work was compiled into a CD/DVD pack and launched in Perth during National Youth Week in 2014 at YMCA HQ in Leederville.

“In the past Narrogin Senior High School has experienced high rates of absenteeism and truancy among Noongar students. There is evidence of increased attendance by Noongar students both during and following previous CAN programs,” she said.

When launching the Noongar Pop Culture DVD the Acting Commissioner for Children and Young People Jenni Perkins said, “it’s very important that there is recognition that these sorts of programs have such a big benefit and that it’s not just a benefit for the time they are doing it. It will have an impact on these young people and their attitude to school, and the fact that their attendance rates have increased is a consequence. I’m really supporting a stronger focus and greater investment in these sorts of programs,’ she said.