The beginning of Voices of the Wheatbelt 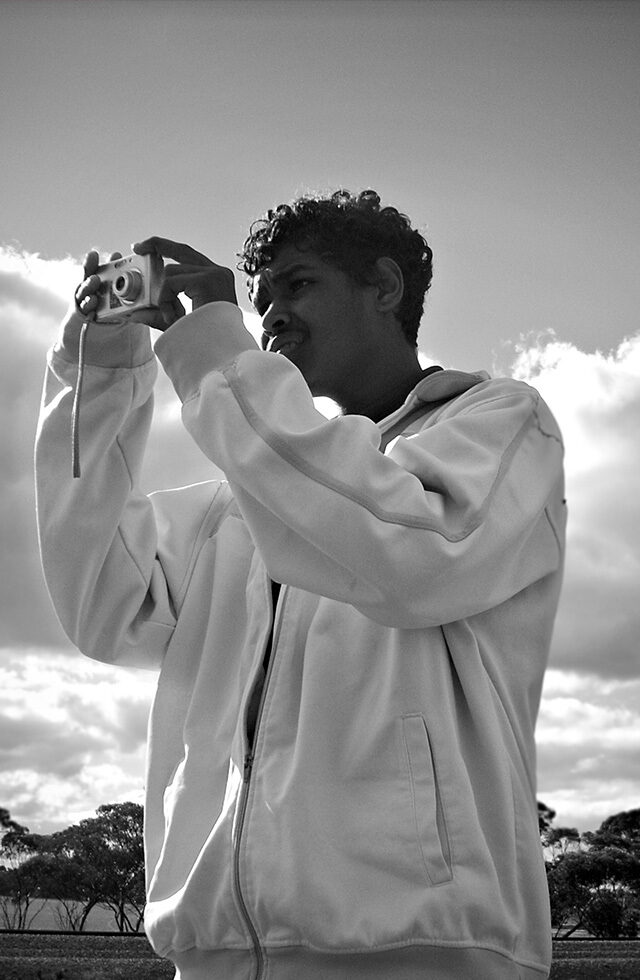 Voices of the Wheatbelt started with a series of workshops in schools in Tammin, Kelleberrin, Quairading and Merredin in 2008, run by CAN.

Photographers James Berlyn and Vinn Pitcher and Perth songwriters Djiva (Della Rae Morrison and Jessie Lloyd) ran the workshops, and taught the students technical and artistic aspects of digital photography including the elements of design, composition and ways to use light. The students took over 16,000 images that represented their perspectives on their home towns and photography exhibitions were then held at each of the schools later that year.

After the school workshops CAN facilitated workshops for adults in each of the communities with professional photographer Annette Kent. The photography taken by the students and adults across the towns was combined in an exhibition which appeared at significant events in the Wheatbelt including the Unity Walk during NAIDOC week in Quairading, the Badjaling Noongar Cultural Festival and the Wheatbelt Cultural Festival in Northam.

The Voices of the Wheatbelt touring exhibition went on to tour Western Australia for five years, featuring 50 photographs that celebrated the eight participating communities. From 2010 to 2014 the exhibition travelled to Ellenbrook, Wanneroo, Denham, Katanning, Moora, Esperance, Albany and Ravensthorpe and attracted over 2800 visitors. Two publications came out of Voices of the Wheatbelt. First there was Voices of the Wheatbelt, a publication that contains a small selection of the 26,000 images taken by community members from the towns of Tammin, Merredin, Kellerberrin and Quairading between March 2008 and early 2009.

The second publication, entitled Voices of the Wheatbelt: Eastern Wheatbelt, represents each of the project’s participants and was launched alongside an exhibition at Kidogo Arthouse in Fremantle in 2009.